Textbook lies! 5 ‘Conversational Chinese’ Never Used by the Natives (And the right way to put them)

There is this one piece of English conversation that is known by almost every student in China:

This conversation is thought in English textbooks as the way you are supposed to greet your friends. The expression is so robotic that it has gradually become a joke among youngsters nowadays.

What I’m trying to say is, textbook sometimes lies. There are so many terms and expressions you learn, especially at the entry level, that are almost never used by the true natives. English, Chinese, all the same. Don’t get me wrong here, I know they are on the textbook for a reason, and I’m no educationist to judge. But the way I see it, there is no point learning them when you are never gonna use them. After all, all I’m trying to do here is to provide you some practical, juicy stuff, something different than the textbook.

So today let me show you some expressions and terms that are too robotic or formal to be said in the real life, so you can stay the hell away from them.

The term “你好吗” means “how are you” in English. You might hear people say “How are you” from time to time but The chance for you to hear “你好吗” in real life is zero. Nobody says this under any circumstance. NO ONE. If someone tells you that “It’s the most common way for Chinese native speakers to greet one another” then get your ass out of there, close the web page, burn the book, don’t buy the course because that guy definitely knows nothing about the real Chinese.

The proper replacement for “你好吗” is “嗨”(“Hi”) or “最近怎么样” (“How are you doing lately”), or together. Use these real conversational Chinese terms to greet your friends and they would feel natural and comfortable.

What’s worth mentioning is, another term that looks similar to this is “你还好吗”. This one on the other hand, is commonly used, meaning “Are you okay”. When you are showing concern to somebody who may not look very well, this is a good way to put it.

Chinese don’t express their emotions through words easily, especially to strangers or people they’ve just met. Even if they are happy to see you, they normally wouldn’t say it to your face. So there is rare chance that you will hear “Happy to see you” from a Chinese. Sometimes when you feel like saying “I’m happy to see you” in Chinese, a simple “你好” with a smile on your face is well enough.

But there are still some rare occasions where you might hear people say something like this. Similar terms could be used in some very formal situations, like a conference or when you are introduced to some very “formal” person (Imagine a highly respected old gentleman who values you much, he might say this to you with a kind smile on his face). But usually, no one says this in daily life.

I saw this on a website about common Chinese conversations. I don’t know if they really teach this on textbooks or courses, but if they do, It would be ridiculous. It’s definitely has nothing to do with conversational Chinese.

People say “have a nice day” a lot, yes, but not in Chinese. People simply don’t say that in even the most professional relationships, not to mention personal relationships. For those who work in service industries like convenient stores or small restaurants, when your customers leave your storefront, you would not want to go more formal than “欢迎下次光临”.

“欢迎下次光临” is okay to use, especially you want your customers to feel respected and welcomed in a formal way, but most of the time, a “慢走” will do just fine. “祝您有个美好的一天”? Too long, too formal, get it out of your mind, forget it.

You may see this along with “早安” and “晚安”. In the matter of fact, none of these three are commonly used, especially “午安”. When you greet someone in the daytime you simply say “你好” instead of “午安”.

One circumstance that you might say this word is when you and your close friends or families are about to take a nap in the noon (Chinese have this tradition of taking a nap after launch). Saying that before go to sleep is considered a sweet act. The same goes for “晚安”.

“早安” is also rarely spoken except for some public broadcast. To your friends or associates, say “早上好”, or more naturally, “早”.

There is nothing wrong with the term itself, it’s just the culture thing. Like mentioned above, Chinese are not good at express their won emotions or feelings through words, especially when it comes to love. They don’t say it, and usually they don’t know how to react to it. So saying the word recklessly may cause some awkwardness, even with your closest ones.

If you want to confess your admiration to someone, say “我喜欢你”. This is very common among young boys and girls, and is the most direct way to express your love.

Finally, don’t get me wrong on this one. You can say it, but say it only when you are sure that the person you say it to is okay with such a direct expression. 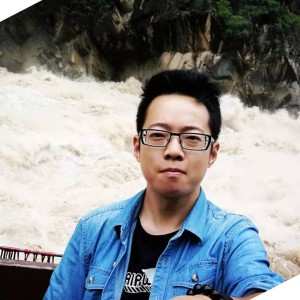